Who likes making movies? These guys do!

If you have ever been interested or involved in making films then you will appreciate this fun and humorous documentary style film following a group of friends trying to make a low budget film for their towns, Boehring (pronounced ‘boring’), summer film festival. 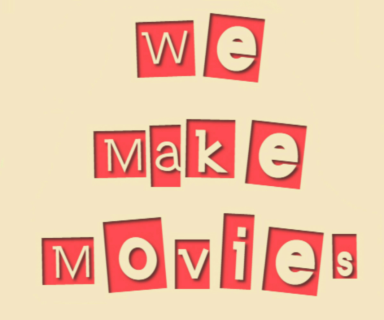 To make it clear what you are in for watching, this is not a large budget film. It is shot in a documentary style coming with the production value on film that is to be expected in this style of film but I implore you, it should not stop you watching this film.. Its clear this is an artistic choice made to really make you feel like you are truly following people making a movie.

So why should you watch ‘We Make Movies’?

First of all let me introduce you to the cast:

All of these actors really do play their parts well helping you really to get involved with each of their journeys during the production of ‘A New Don’. Some of the character choices were more extreme than others but they all complimented and brought something to the dynamics of the group that really is engaging. From the over confident Director played by Matt Tory to the Method actor ‘Star’ played by Zack Slort down to my personal favourite character the naive Donny played by Jordan Hopewell who provides moments that really do leave you with a nurturing soft spot for him.

So what about the story? Presented in an awkward comedic style resembling that of Ricky Gervais in ‘The Office’, this story carries a lot of laugh out loud moments, cringeworthy moments that you can’t help but watch and mixes in some serious moments to break up the comedy and keep the story moving and the audience engaged.

The film is written well and is not a fast paced film but it doesn’t need to be. Its intimate at points and I know I personally can relate to real moments on set for a lot of these scenes! Scarily accurate in some cases…

Overall, I would recommend this light film as one worth watching if you want a giggle. Its not going to be the next break the bank Hollywood blockbuster film but its not trying to be. For what its supposed to be, something fun, it delivers well and keeps you entertained. Unsure about it, give it a try, I’m sure you will be pleasantly surprised.

Watched this movie yourself? I would love to hear your thoughts too.

I live in London, England and love everything to do with Film. I do Graphic Design and love seeing inspirational designs or effects. Further to this, I am also an actor and optioned scriptwriter. EAMON YATES www.eamonyates.com
Loading Comments...
%d bloggers like this: